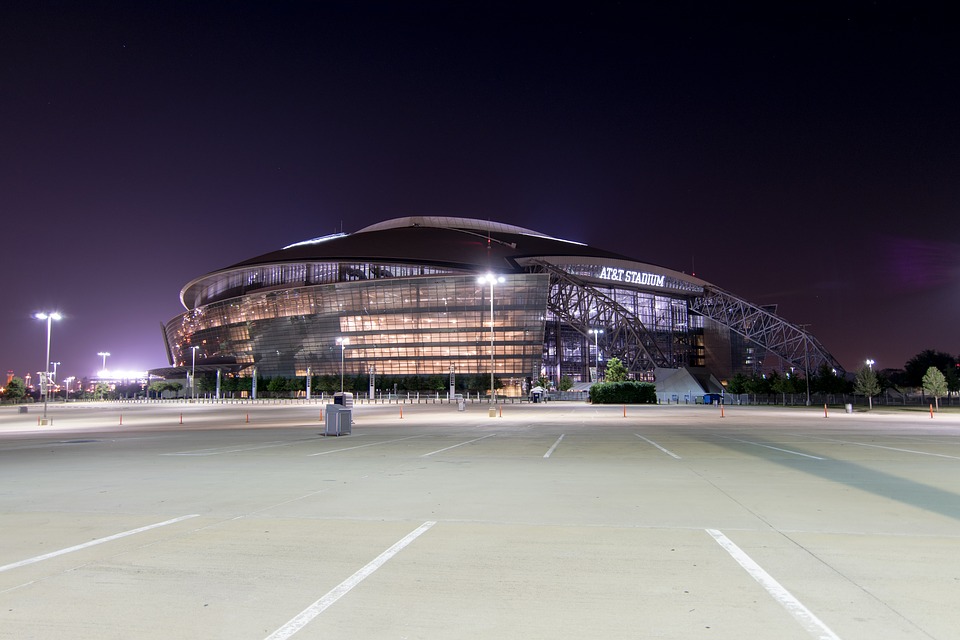 Smart cities are naturally next in the lineup of “smart” things. Right? I mean we’ve had smart phones, smart cars, and then smart houses. To me, it seems like smart cities are the next logical step up the pyramid of technologically connected things.

In this way, there is a fundamental difference between a state-of-the-art sports venue and a smart city. A connected sports venue has the ability to literally start from scratch, with brand new, never used technology. A smart city can’t afford this opportunity. However, like Gal Oppenheimer notes in this article, there are things that smart city planners can learn from these large budget, magnificent stadiums and arenas.

Smart cities should steal a play from the playbook of many NFL stadiums across the country. In the past, these stadiums were built to hold the home games of the city’s NFL team, along with some concerts and a few other events. But today, these innovative and state-of-the-art facilities are used for much more than that.

Venues are being built much closer to metropolitan areas and are actually being constructed to house upwards of 200 events a year. This improves traffic to the city as well as the bottom line of the arena or stadium that is hosting these events. The next time a city is putting in a new facility, keep in mind the multi-use venues that are popping up across the country, having a positive impact on the city’s economy.

Every new sports venue that offers another outline to the city’s skyline with its innovative design and highly advanced infrastructure also provides another pleasantly surprising feature. Green. Going green is the new trend and it goes without saying, but it’s a great trend. Every time a green building replaces a building with inefficient and wasteful practices, it does great things for the environment.

As we see a continued rise in these connected sports venues, their green initiatives are having a great impact on our ecosystem. Smart cities, take notice! Imagine the impact that a large city like Los Angeles could have if a quarter of the metropolitan buildings took on a green initiative to help reduce waste and harmful emissions.

START AT THE FINISH LINE

Work backwards. Sports venues are created with a big picture in mind. Every arena/stadium was once just a visualization and that’s how a smart city should start. Once you’ve created your visual of the ultimate goal, you set a launch date for when you want the city to be completed. The launch date gives you a deadline that pushes you to have things ready on time. Announcing a date to the public puts even more pressure and emphasis on having the building/project ready to present as promised.

Every major project is going to experience its share of hiccups along the way. Therefore, there’s a chance that not everything is in place for the launch date. But, as long as the buildings are safe and everything essential is put in place, your launch day should go off without a hitch. The kinks will be worked out as time goes on.

Sports venues and cities alike should be able to work together to find a solution to this problem. People in America continue to flood to the big cities and traffic congestion has become a serious problem. Parking space is limited while the number of vehicles on the road continually rises. Think about the problem that this could create. Because, as I mentioned previously, these new-age sports venues are designed to have 200-plus events every year, there has to be consideration about parking and the effects that this traffic will have on other businesses and residents surrounding the arena or city center.

200 events. That’s 4 days out of the week, all year around. Imagine there’s a Starbucks right down the block from AT&T stadium (the Dallas Cowboys $1.2 billion stadium). If there wasn’t adequate parking and traffic solutions, this Starbucks would struggle for business 4 days out of the week because it would be too much of a hassle for customers to even pull into the parking lot.

You have to be aware of the surroundings when creating a smart city. Think about the traffic that a smart city is going to drive in and be prepared to have an answer for that traffic. If there isn’t enough parking close to a potential build site, don’t put the building there, or find somewhere to add a parking lot. However, it’s important to recognize that when building a smart city, technology should be taken advantage of. Whether it’s parking availability notifications or real-time traffic updates, you can leverage data to help increase the flow of traffic and accommodate more drivers to your city.

There are many things to be learned from connected sports venues all across the country. The processes of a smart city and arena may be different, but the core goal is ultimately the same. That is to build a connected community that will revitalize the city and make people’s lives easier and more enjoyable.

As always, thanks for reading. Have a wonderful day and enjoy yourself.